Online Museum: The Israeli Holocaust Against the Palestinians

Zionists Decree that the Media cannot use the term "Israeli Assassinations"

by MICHAEL A. HOFFMAN II 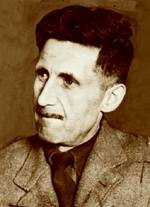 Assassination is too harsh a word for the NY Times to use with regard to the actions of God's Master Race: "The Israeli pattern in recent months of targeting specific people for death has outraged Palestinians." -New York Times, August 1, 2001, p. A6.

Nowhere in the Aug. 1 article does the NY Times term what the Israelis did "assassination." That word is only used in connection with reports of allegations: "...Palestinian charges of assassination."

On Aug. 2 the Times reported, "In a five-hour session ...the security cabinet of Prime Minister Ariel Sharon affirmed the policy of picking out targets for killings."

The Aug. 2 article in the NY Times rather awkwardly avoids terming what the Israelis did "assassination." That word is, again reserved only for accounts of allegations by others: "..what Palestinians call cold-blooded assassinations."

The Times even reports on the Jewish search for a means to make palatable the assassinations: "...Israeli officials recognized that they had a problem selling their tactics elsewhere in the world. (Israeli) Ministers at the security cabinet meeting were reported to have debated what to call their policy. 'Liquidation' is one word the government has frequently used. So is 'interception'...Neither word pleased some ministers today, according to Israeli radio reports. A new phrase said to have been proposed was: 'actions to prevent the killing of Jews." N.Y. Times, Aug. 2, 2001

What the Times does not say (though it reveals as much by its journalistic practice), is that the newspaper itself conforms to this Israeli doublethink "selling tactic."

For example on Aug. 6, 2001 the New York Times minced words again: "The missile strike was the third in less than a week, part of Israel's pattern of singling out certain Palestinians for death."

"Singling out Palestinians for death"-- another N.Y. Times euphemism for the A-word. The Aug. 6 article repeats the pattern: the NY Times does not refer to the Israeli assassinations as assassinations. The word is mentioned only in connection with an allegation made by others: "To Palestinian leaders, such attacks amount to a policy of state-sponsored assassination." But not to New York Times reporters or editors.

The Wall Street Journal in an Aug. 2, 2001 editorial concerning Israeli policy, in strict conformity with the N.Y. Times' Orwellian thought code, does not use the forbidden assassination word either. According to the Wall Street Journal, Palestinians "...are being brought down en route to their mischief... This is war waged in twilight ... subtle..."

I have news for Wall Street: Several Arab women and children and at least one dentist, have also been "brought down" by Israeli assassins and their only "mischief" was to be Palestinian, but they are unmentioned and nameless in the Wall Street Journal editorial because being Arabs they are not fully human. In the same way, the supreme Jewish Talmudic teacher Moses Maimonides stipulated that black people are not quite human, in his sacred rabbinic book, Guide of the Perplexed.

On Aug. 4, 2001, the British Broadcasting Corporation (BBC) issued a "new edict from their London editors that they must in future refer to the Israeli assassinations as 'targeted killings." (Cf. The Independent, [London], Aug. 5, 2001).

"The implication was that, at the least, Israel would continue to single out certain senior Palestinian figures for death..." N.Y. Times, Aug. 10, 2001.

"Targeted slayings,""Targeted killings," "picking out targets for killings," "singling out Palestinians for death," "brought down" and "military raids" are Big Brother's preferred doublespeak for Israeli assassination. The NY Times, the L.A. Times, the BBC, the AP, Reuters and the Wall Street Journal have self-censored their reporting to eliminate the word "assassination" as their own description of what the Israelis are doing, because this is what the ruling Israeli Likud has dictated as public relations policy. These Zionist house organs -- "our" supposed "unfettered" media -- have fallen on their knees in abject submission to the Jewish fiat.

So why this reluctance to call a spade a spade? Because the word assassination is too obviously freighted with moral evil to be used in a Jewish context. It represents too much of a potential wake-up call to the goyim. Consequently, reality itself must be universally falsified. Sanitized terms must be substituted by corporate media such as the N.Y. Times, a newspaper that reports at least weekly and often daily on a 56 year old "Holocaust." As it shrilly demands that the "Holocaust against the Jews" must never be minimized one iota, the Times and allied media, whitewash Israeli crimes in front of our eyes, and do so with an arrogant contempt for the chilling parallels to "1984"-style thought control that is their lingua franca.

Furthermore, if an Arab, German or white Christian government were to adopt a policy of assassination, the N.Y. Times and the rest of the conforming media monopoly would immediately and boldly headline the word "assassination" in their reports of any such policy, without qualification of any kind.

Moreover, the New York Times and other media actually advocate assassinations of Palestinian leaders: " ...Israel's military response to further attacks should be measured and targeted directly at those responsible for the violence." (N.Y. Times editorial, June 5, 2001).

Dick Cheney, the Vice-President of the United States, who is himself protected around-the clock from assassination by the U.S. Secret Service, agrees that assassinations of Arabs are justified: "...Cheney told Fox News last week that Israel might have 'some justification' for the killings..." (Jewish Telegraph Agency, Aug. 7, 2001).

What if the Arabs decided that their 'military response' to 'further attacks' should be to 'target directly...those (Israelis) responsible for the violence' against Palestinian civilians? Would the N.Y. Times endorse assassinations of Jewish war criminals? Or does the N.Y. Times push the monster of assassination out of Pandora's box only on Talmudic terms--okay to assassinate the goyim, but not the Chosen?"

The Washington Post actually endorses the extermination of the Palestinians. In the Aug. 15, 2001 edition, Post columnist Michael Kelly urged the Israelis to "unleash an overwhelming force" against the Palestinians, "go right ahead and escalate the violence" and "destroy, kill, capture and expel..."

Can one imagine the Washington Post, or any other mainstream American newspaper, printing a column that calls for Palestinians, in order to gain their independence and freedom from foreign occupation, to "go right ahead and escalate the violence" and "destroy, kill, capture and expel" Jews? If Palestinians spoke like this, the United States would demand their arrest and Israelis would place them on assassination hit lists and send death squads after them.

Execution without trial, without ascertaining that a suspect really is a perpetrator of armed resistance and not a political activist, lets loose the demon of lawlessness. Palestinians insist that Jamal Mansour, who was killed by the Israelis, was involved in political agitation only, and not with the military wing of Hamas. Yet the sycophantic American media simply took the Israelis word as infallible and labeled Mansour a guerrilla "mastermind," rather than someone who had been accused by the Israelis of such notoriety.

If Americans were to break out of the claustrophobic media monopoly they would find that Cheney, Bush, Powell, Berger, William Cohen and William Clinton are regarded as terrrorists by hundreds of millions of people in the Third World.

Lest the U.S. secret police accuse this writer of advocating or apologizing for the assassination of Americans, I will point out the obvious. All assassinations are wrong. But the spread of the contagion of Israeli doublethink in the U.S. has caused Americans to subscribe to the racist Talmudic/Zionist double-standard, that it is permissible, indeed perhaps even laudable, to assassinate Arab goyim, whereas the assassination of the Chosen terrorist Ariel Sharon, or his patrons in the U.S., would be deemed a moral outrage of the highest order by the guardians of public opinion in the West.

"Our" media drum up a non-stop chorus of pompous propaganda about an antique "Holocaust" from 56 years ago, in which the most finite detail of absolute moral perfection is urged upon percipients with tiresome homiletic admonishment. These drippy little media "Holocaust" sermons are perhaps a cut above the inspirational platitudes found on greeting cards. At the same time that they drown us in their bucket of crocodile tears, the media concoct, on their editorial and news pages, a tenor of acceptance and advocacy for state-sponsored Israeli assassinations, for the ethnic cleansing of the Palestinians, in a word, for the holocaust of any Arab who dares to countenance a revolt against Zionist troops in the Gaza ghetto.

As the Israeli missiles fly and the tanks roll, let us divert ourselves with some dumbed-down movie-of-the-week entertainment, perhaps the latest film saluting the Jewish revolt against Nazi troops, "Uprising in the Warsaw Ghetto," starring Ben Affleck, introduced by Tom Brokaw, and written, produced and directed by flagrant Jewish blowhards.

Hoffman is a former reporter for the N.Y. bureau of the Associated Press

Copyright©2001 by Michael A. Hoffman II

(Cf. NY Times, Aug. 5, 2001): "Anti-Israel violence" -- any resistance to the Israeli occupation of the West Bank and Gaza ghetto.

"Reports over the weekend said about 60 Palestinians were arrested last week after the (Israeli) army killed eight people in Nablus..." -N.Y. Times, Aug, 7, 2001

It is standard media policy to quickly "forget" the names of Palestinian victims. The NY Times in the citation above is referring to the July 31, 2001 assassinations in Nablus that killed six Palestinian adults and two little Palestinian brothers: Bilal Abu Khader, 8, and Ashraf Abu Khader, 5. But their names, age and relationship are not given. They are lumped into a generic mass of "people killed..." Their names were provided in an Aug. 1 NY Times report. But merely six days later these little brothers have become already anonymous in the Aug. 7 edition of the NY Times. In 55 years Jewish victims of the Nazis have not become anonymous in the pages of the NY Times, but six days is all it takes for Palestinian child-victims to vanish down the Manhattan memory hole.

Jewish victims are not forgotten by the corporate western media. These media are always certain to commemorate Jewish victims. For example, the Associated Press reported on Tuesday, Aug. 7, 2001, "Tuesday's shooting was just a few miles from where a pregnant Israeli woman, Tehiya Bloomberg, 40, was shot and killed Sunday night."

Had the Bloomberg woman been a Palestinian, the AP would not have reported her gender, age, pregnant condition or name two days after her death. She would have been just a "Palestinian shot Sunday night." It's easy to forget nameless victims, but Ms. Bloomberg's memory will live in the pages of the NY Times and the dispatches of the AP because she was Jewish. Bilal Abu Khader and Ashraf Abu Khader don't rate commemoration because they are victims of Jews and according to the prevailing doublethink, it is "anti-semitic" to recall such victims, even if they were helpless Arab children.

State-Sponsored Assassinations by Agents of the Israeli Government

The Israeli Terrorist State and its Mossad Assassins

Inside the Mossad Assassination Apparatus: The Israeli Prime Minister Orders a Murder

(If donating online, be sure to "select quantity")