Researched and curated by Michael Hoffman

The boy, Obei Darraj, age nine, was killed on Friday March 2, 2001 in his family's home, in El Bireh. The little boy was watching his father paint the wall of a brother's bedroom when gunfire crashed through its window, and hit the child in the chest.The Israeli army took credit for the killing, saying: " The gunfire came in retaliation to Palestinian shots aimed at the Psagot settlement" (Ha'aretz, March 4, 2001). 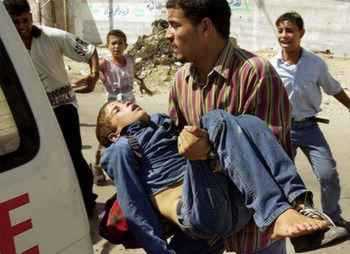 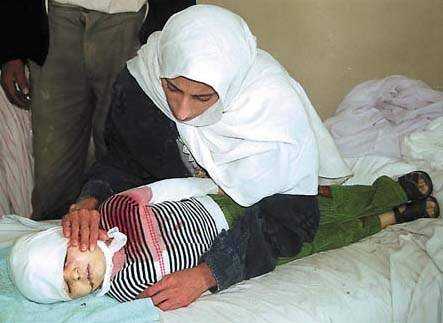 Palestinian boy shot in the head by Israeli soldiers, October, 2000 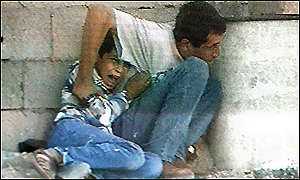 As his father attempts to shield him, Israelis shoot at 12 year old Mohammed Al Doura. He was killed shortly after this photo was taken. 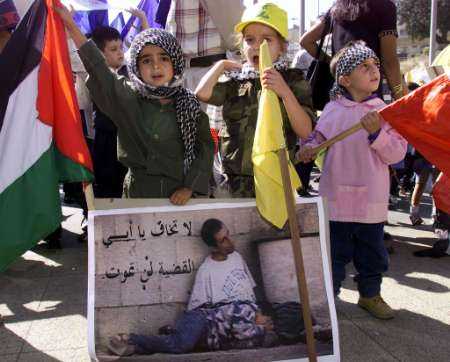 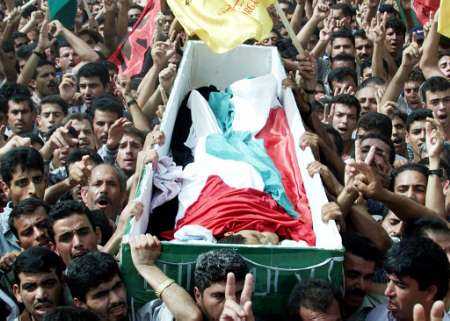 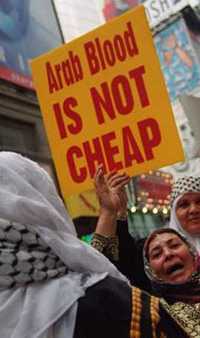 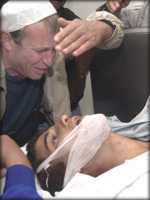 17 year old Yehia Abu-Shamala, shot to death by Israelis, Nov. 2000, is mourned by his uncle in a hospital morgue

The world perpetually mourns the death of one Jewish child at the hands of the Nazis, Anne Frank. She is commemorated in several books, eight separate movies and documentaries (including one now in production by Steven Spielberg) and countless shrines and museums. Will the thousands of Arab children who have been slaughtered by the Israelis since 1948 be remembered by the West with a single memorial, or will the memory of the atrocities against these "un-Chosen" people be extinguished? Let this webpage stand in testimony until such time as the conscience of the West can be awakened from its Jewish supremacist slumber, and commemorate all the victims of all the holocausts, including those perpetrated by Jews.