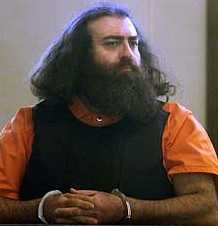 Under the Edgewater Killings:

1. The gun-grabbers have failed to note well that Massachusetts has some of the toughest gun laws in the US, yet these did not deter the alleged 42 year old killer, McDermott. Guns are like drugs. They can never be eliminated. They will always be in the hands of criminals, the wealthy and the government. If average citizens were heavily armed, the suspect McDermott could have been shot down by his armed co-workers, especially those who were barricaded inside the acounting dept. and had time to react defensively.

2. Of the duo who committed the Columbine High school massacre in Colorado, the leader was Eric Harris. It was reported concerning Harris: "[T]he coroner has released further toxicology reports ... specialized testing shows levels of Luvox in Harris' blood in a therapeutic range." --KCNC NEWS4, 5/4/99. Oregon's 1998 school shooter Kip Kinkel, who also killed his parents; Kenneth Seguin of Mass. who killed his wife and children, and many other 'cereal' and 'random' mass murderers, including the accused McDermott, were taking an "anti-depressant" drug. This drug, defined chemically as a "selective seratonin reuptake inhibitor" (SSRI), and better known under the brand names Prozac, Paxil, Zoloft and Luvox, deadens the conscience and desensitizes the feelings--thus making killing easier.

This substance is immensely profitable for drug maker Eli Lilly, which earned $2.5 billion in profits in 1999 from Prozac alone. When is this drug going to come under establishment media scrutiny and Congressional investigation as a powerful contributing factor in these mass murders? This drug has "significant 'side effects," including akathisia, a severe form of agitation. Dr. Jodi Worrel of the Western Missouri Mental Health Center states: "Child and adolescent data suggest worsening of aggression with SSRI treatment."

3. For students of my cryptocracy research, the Twilight language that surfaces in the case of this sub-mariner includes Duracell, (durable cell -- anal e-coli, the secret basis of the next generation of living computers); Edgewater -- the "Maritime law come inland" of the "Bar association," Francis Dashwood's Man-o'-war and the watery borderlands of Oannes, Sirius and Naval Intelligence; #42, the Guide to the Galaxy (car repossessed before the shootings-- a Hitchhiker at the time, also cf. the message he left on his answering machine), dungeons & dragons (king's jail & cereal spirit); and Mucko the nursery school behemoth, the raging 6' 3", 280 lb. elephant whose "must" produces alchemical Must Be -- Revelation of the Method -- on the eve of the Third Millennium.

For example, media one has put its bigfoot on the occult pedal in this case. (This can be turned on and off at will like a spigot). In the early stages of this scenario the media are powering the archetype with haunting suggestions, as for example, in a Dec. 30 Associated Press report titled, "Mysterious details of shooting suspect's life surface," in which attention is paid to sub-rosa hints and allusions which are usually discounted or mocked in similar cases: "His answering machine contained a reference to the novel 'The Hitchhiker's Guide to the Galaxy' by Douglas Adams. In the book, some characters are computers with GPP Genuine People Personalities...The novel is part of a series that includes a search for the meaning of 'life, the universe, and everything.' The answer, in something of an anticlimax, turns out to be the number 42. That is also McDermott's age." (End quote from AP, Dec. 30, 2000).

The Boston Herald (Dec. 30) quotes an unnamed "nationwide computer system that tracks public records" as stating that the alleged Edgewater killer is "known to have changed his birth name of Michael McDermod Martinez to Michael Morgan McDermott in 1980, and to have used several different combinations of middle names." The Herald says that the real Michael McDermott died in 1984: "Michael McDermott...listed as having died in 1984 - is listed at the same series of addresses as the suspect throughout the late 1980s and 1990s."

Another seeming puzzle: "Both prosecution and defense sources say they have little knowledge of where McDermott's income has gone or why he had tax problems. But both sides want to know why a single man with no apparent extravagances and a biweekly paycheck of $2,000 to $3,000 wasn't paying his rent, wasn't making his car payment, and had run afoul of the IRS." (End quote from the Boston Herald, Dec. 30, 2000).

The chief physical image-symbol-yantra in the case thus far emerged with the raised platform that McDermott occupied at his preliminary hearing. He was filmed and photographed at this elevated vantage, making him seem as though he were the judge of the criminal proceedings, looking every inch a harsh, Old Testament magistrate from the Puritan theocracy, gazing sternly at modern miscreants; a fitting personification for a man born in America's pilgrim capital, Plymouth, Massachusetts.

There are many other anomalies to observe herein: M.M.M. the mirror double, Dowd's 6' 3" invisible Pooka familiar (McDermott/Martinez once portrayed the highly symbolic and invulnerable "Harvey" character, Elwood P. Dowd), and links to other high profile "cereal" killer cases, in particular, the "Son of Sam." One aspect of the profile rests in evidence tampering-- like the Murrah building in Oklahma City that was demolished before the trial of Timothy McVeigh, and the shack of Ted Kaczynski which was removed from its site to an air force base before his "Unabom" case came before the court, the Edgewater Technology Inc. offices in Wakefield, Mass. have been remodeled and will no longer accurately reflect the physical circumstances of the crime scene, less than one week after the killings occurred.

The complete manuscript: King-Kill 33 by James Shelby Downard and Michael A. Hoffman II